Posted by Emily's Classic Movies at 5:09 PM No comments:

Posted by Emily's Classic Movies at 8:15 PM No comments:

Posted by Emily's Classic Movies at 2:44 PM No comments:

I am one of those people who celebrate my favorite actors/actresses birthdays! There are three birthdays coming up on January 9th, 10th, and 11th. It's Capricorn season and when I look at it, a lot of my favorites were born during the Capricorn season!

Anita Louise: Born on January 9th, 1915 in New York City, NY. Anita was an elegant and beautiful lady who started out acting on the New York stage and and in silent films when she was a child. She had a successful film career during the 1930's, but still kept working in the entertainment industry for a majority of the rest of her life. She was great in a lot of films, but my personal favorite of Anita's is The Little Princess (1939). Sadly, Anita passed away from a stroke at the age of 55 in 1970.

Peggy Shannon: Born on January 10th, 1907 in Pine Bluff, AR. Peggy was a stunning redhead who had much potential as an actress. She started acting on the New York stage and became a Ziegfeld girl during the 1920's. She took the place of Clara Bow in the film production of The Secret Call (1931). She was under contract to Paramount Pictures in 1931, but it must have not worked out as she then became under contract to Fox Films in 1932. Peggy kept working in films and the stage throughout the 1930's, but  sometimes in a supporting role. I absolutely loved her in the film Back Page (1934). I feel sad about the end of her life. She passed away at the young age of 34 from a heart attack. It was said that she was an alcoholic, which makes this even more devastating. I am watching through her filmography currently and while not all of the films that she starred in were stellar, her performances were fantastic.
Monte Blue: Born on January 11th, 1887 in Indianapolis, IN. Monte was actually born with the first name Gerard and his middle name was Montgomery and it seems when he started acting, he took his middle name as his first name (which is an awesome name by the way!). Monte had no ambitions to be an actor, but it was D.W. Griffith who gave him his first opportunities in the film industry. He became a popular leading man during the late nineteen teens. He was under contract to Warner Brothers Pictures starting in 1923 and this was when he was at the height of his fame. He was a versatile actor who could do drama, action, and comedy. He could be hilarious in an Ernst Lubitsch film such as So This Is Paris (1926) and then be a sensitive doctor in my personal favorite film of his White Shadows in the South Seas (1928). He kept working in films and television through 1960. He passed away from a heart attack at the age of 76 in 1963. Monte was a very likable and attractive man.
Posted by Emily's Classic Movies at 4:12 PM 2 comments:

2021 was a challenging year. There were ups and downs for sure. My passion for films keeps me going. I am making it a goal for 2022 to write more about actors/actresses and the films that they starred in. This is my positive outlet. Where I can express my creativity and feelings. Viewing films and researching is such a thrill for me. When I am researching, I sometimes have to play detective to put the pieces together. And when two pieces fit together, eureka! It's one of the best feelings. I want to wish all of you a very Happy New Year and I wish you good health, success, and happiness! 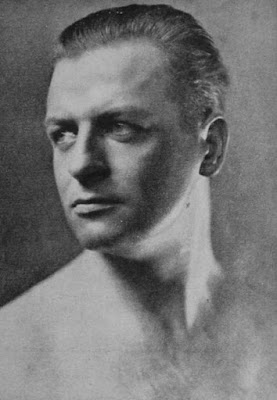 Emily's Classic Movies
Hello! My name is Emily. 30 years old. I'm from the Chicago, Illinois area. My favorite movies range from the 1920's-1940's. Here is where I talk about them and the actors and actresses who starred in them.